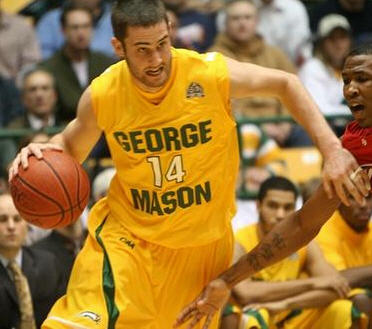 The ACC, as a conference, has been down and out for the last decade and if it wasn’t for the Duke Blue Devils and the University of North Carolina Tar Heels, the Atlantic Coast Conference could easily be the WAC of the East Coast. Although the conference is competitive, it is not elite and, like the Western Athletic Conference, has been ranked only in the mid-teens among conferences.  In terms of college basketball, the ACC and the Big East have been known as the best two conferences in the nation for years – due to production and better talent – from New York down to the Carolinas.  However, the Big East dominates the recruiting battle for superior talent, especially from the DMV (District of Columbia/Delaware-Maryland-Virginia) area, giving them the edge over the ACC and putting them among the top conferences in the country.

That this major conference is ruled/carried by just two programs; in this case, Duke and North Carolina, is unacceptable. And the fact that their committee sits back collecting the funds generated by these two institutions’ performances; believing everything is merry is downright embarrassing.  The conference needs more programs to take it to a higher level. The ACC expanded their league in 2004 when they added the University of Miami, Boston College and Virginia Tech, but they need to do so again, and George Mason University should be the headliner.

Compared to the Big East in wins and losses (from outside their conference play and before the NCAA Tournament), the ACC totaled 137 wins, while the Big East finished with 182. The 45 additional wins from the Big East is due to the four additional programs they have over the ACC, but to lose more games than the Big East (the ACC lost 62 and the Big East lost 60) is baffling.

George Mason, who finished overall with a 27-7 record (16-2 in the Colonial Athletic Conference), had a RPI (Rating Percentage Index: a system which is used to rank collegiate programs based on upon their wins, losses and strength of schedule) ranking of 19th in the nation among Division-I basketball. This makes them a major player.  More importantly, they recruit well, especially from the DMV area.

One reason Mason probably won’t be welcomed by the ACC in an expansion is because it would be the only the institution without a football program.  If this is a huge concern, George Washington could be added (a member of the Atlantic-10 conference that doesn’t have a football program). The ACC could then include whichever other two other institutions they decide upon. If the Big East is allowed to have programs without football (St. Johns, Marquette, DePaul, Providence, and Seton Hall) – or have football in a different subdivision (Georgetown and Villanova) – then the ACC should be allowed to as well.

Whether or not the ACC expands or simply improves their programs, the conference can’t allow the Blue Devils and Tar Heels carry them all of the time.  It’s embarrassing to have only two programs managing this major conference in college basketball, considering what a juggernaut that the ACC once was.

The Big East made specific changes in order to compete against the ACC in basketball and the former is now the better conference.  If Mason isn’t the answer for the ACC (as the Colonial Athletic earned two at-large bids for the 2011 NCAA Tournament), they need to come up with one.  Having only four teams out of a 12-team league in this year’s tournament is totally unacceptable for ACC standards.