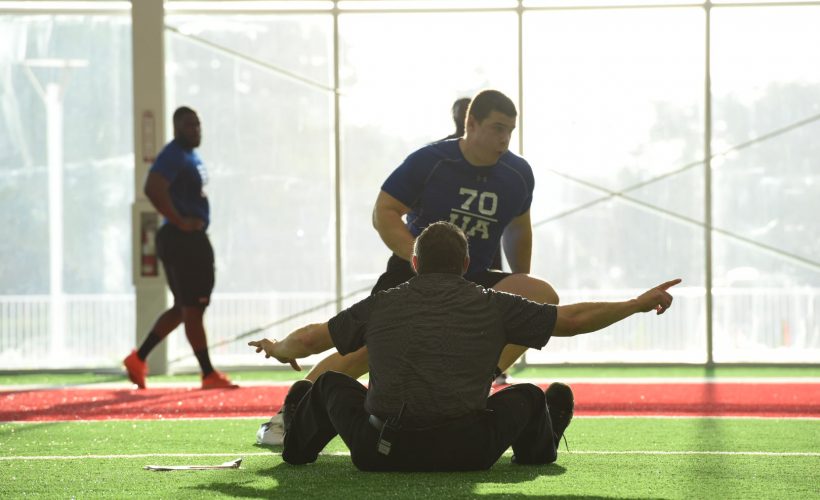 Former NFL Players Made Strong Case To Return To The Field

Tampa, FLA – The atmosphere was intense Sunday as NFL veterans entered the Tampa Bay Buccaneers training facility for the NFL Pro Player Combine. The importance of this year’s session was much greater than a year before. The Combine was not a workout, it was a business trip and the athletes approached it as such…and their executions reflected it.

The offensive linemen set the stage as they aggressively went after the drills. Center Parker Collins and guard Thomas Evans moved their feet brilliantly, especially in the COD Wave Drill. Both offensive linemen displayed power and control.

Evans was one of the several NFL veterans who journeyed through the NFL Regional Combine. He had a solid workout and is ready to get back to work.

“This (the NFL Pro Player Combine Invitational) was a great opportunity,” Evans related. Hopefully after today, I can get back in someone’s club soon.” 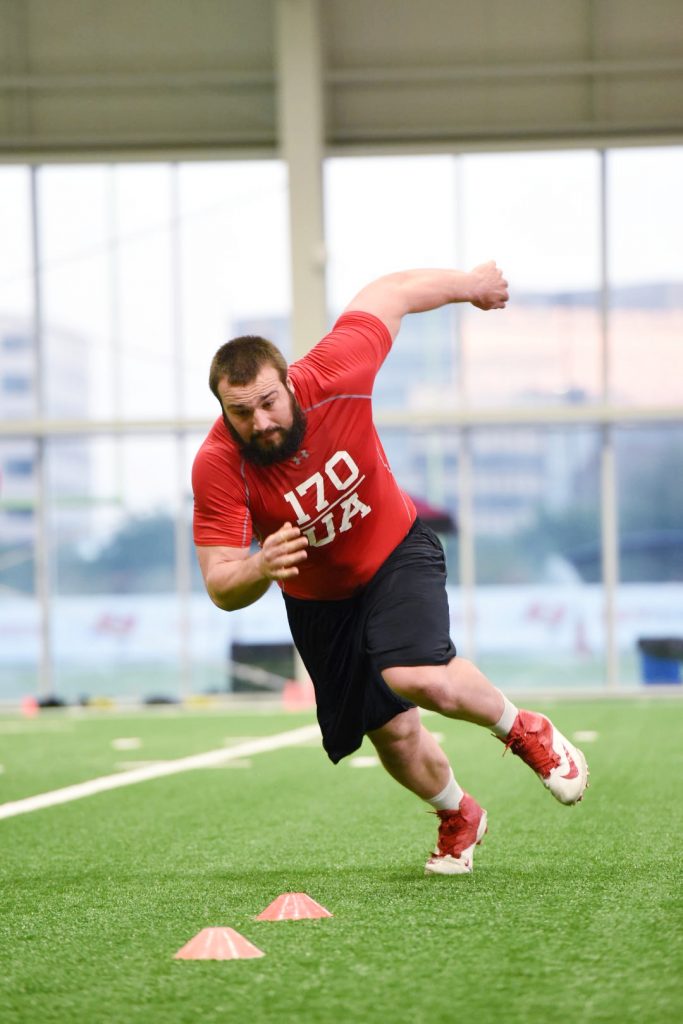 Tackle Norman Price has good speed and power, and in his pulling drills, the 6-4, 311-pound demonstrated to the NFL scouts that he is ready to bring it on.

Defensive end Corey Vereen was a member of the New England Patriots, but spent time on either the practice squad or injury reserve. Vereen was fluent, strong and quick. Most of all, he is healthy.

The linebackers were not the best catchers, but some of them still have value. Reshard Cliett is explosive. Kyle Coleman is agile and showed good tempo. Folarin Orimolade is fluent in his movement. Jack Lynn showed great leverage. Kevin Snyder and Nick Usher have great feet.

Collectively, the running backs showcased some good speed and solid catching abilities in the backfield. William Stanback was having a solid workout, until he slightly injured his left hamstring. The Virginia Union punishing running back remains optimistic that he will get another shot, nevertheless he wanted to finish strong.

“The disappointment of not being able to finish hurts more than my leg,” said Stanback. “I won’t be down. I have a lot to give (to a team) and an opportunity will come. I’ll be ready.”

The wide receivers and defensive backs were the largest group. Many of those athletes will be welcomed by an organization before training camp.

Wide receiver Anthony Dable has great speed, and in the Over Shoulder Catch Drill, he took it to the next level to haul in the passes. Converted defensive back Kevin Snead has improved his receiving skills, and his speed can not be denied. His speed alone will get him back in a camp and he will work from there. Josh Magee is stronger and his aggression towards the ball was noticed. 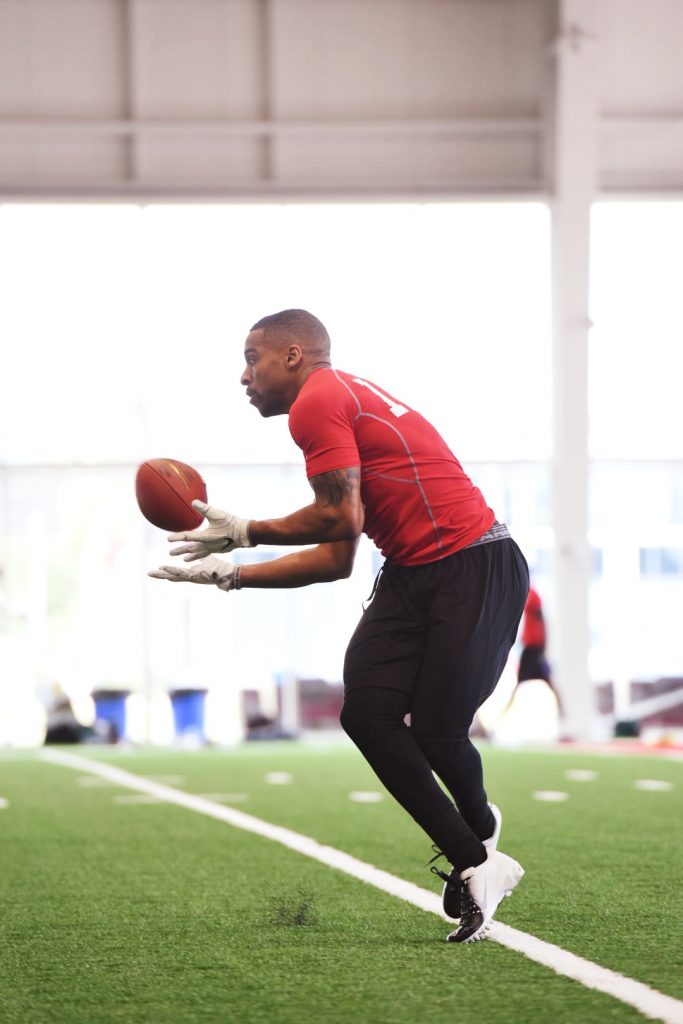 Route running is essential in the NFL. Karel Hamilton, Kenneth Walker and Keenan Reynolds stood out. Both Hamilton and Walker were faster in and out of their routes, and hauled in the passes. However, Reynolds sold his route better and was sharper.

A snag route is an important receiving execution where the running back must dip deep into the edge to sell a block into a linebacker and quickly break out into the open for a pass down the seam. This route helps to buy a little time for the quarterback as the linebacker pauses for a moment. Reynolds sold each route to perfection and caught his passes to take it up the field.

Among the defensive backs, a majority of them posted solid 40s, like Dejaun Butler. Butler is quick, runs hard, has good hands and does not lose speed in change ups, which he proved during his defensive back drills like the Back Pedal, Break Forward, Speed Turn and Catch.

“I move a lot better, and after being in the League, I know what I have to do to stay there,” said Butler confidently.

Safety Ironhead Gallon was in the Arizona Cardinals camp last year. A year ago, Gallon was a little stiff in his movement as he was a straight line hitter. During his drills, Gallon showed he is a different player. His strength and power were never questioned, but he is faster, smoother and his reaction time is much better.

Quarterbacks Mitch Leidner and Mike Bercovici had fairly good trials as they showed good touch and velocity. Leidner was a member of the Minnesota Vikings last season, while Bercovici was with the San Diego Chargers where he learned a great under quarterback Philip Rivers.

“Man, I learned so much from him (Rivers),” said Bercovici. “Just watching and listening to him…he’s such a cool guy, very personable. If I wanted to call him right now, he would answer. Now, I have to apply what I learned with Chargers and make it happen.” 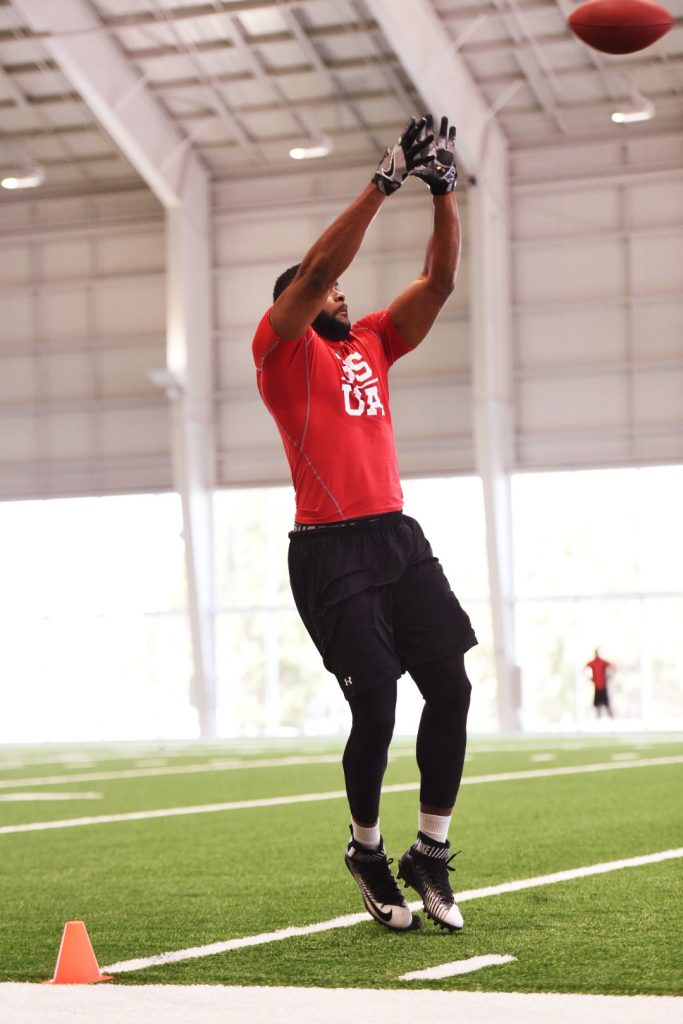 If there are any immediate signings following the PPC, tight ends Beau Sandland and Eric Wallace should command them. They both made catching easy as huge targets, ran crisp routes, showed explosiveness off the line and after the catch. At the end of the day, Wallace has more control, is stronger and more polished.

Six players from last year’s PPC have returned to the NFL. Jacksonville Jaguars full back Tommy Bohanon is the most successful. After Sunday, Bohanon will be accompanied with talents from this platform.

The Combine Report: 2018 CFL Season - RC Standouts Making A Home North Of The Border Next post