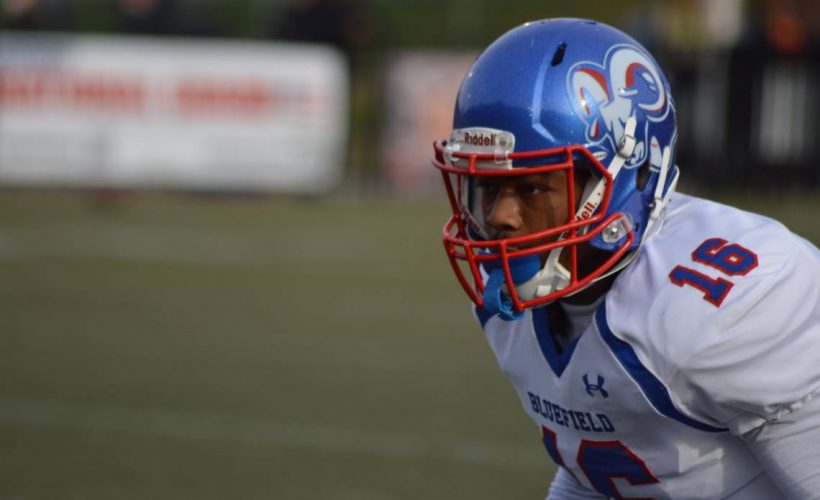 It takes something very special to be a professional football player in the National Football League.  And, for thousands upon thousands of athletes it remains only a dream.

History has shown the football world, and NFL scouts in particular, that what truly separates a small school standout from other skilled players around the country is the athlete’s willingness to sacrifice.

Bluefield College defensive back Antonio Dawkins’ life is the definition of sacrifice and it has prepared him for the ‘moment.’

Along with his mother, Dawkins was displaced several times from their homes during his days in high school. Occasionally, Dawkins had to sneak into the school’s gym to use the showers. He would follow janitors and secure the entrance door with a rock. 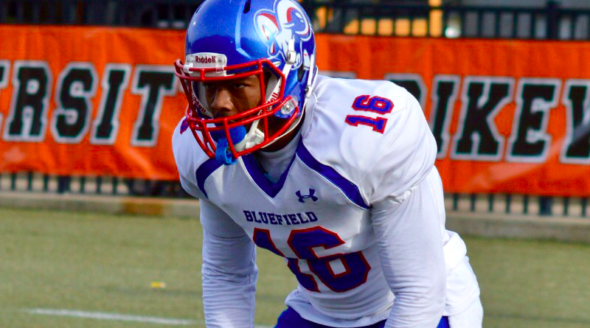 Having to endure challenges in life can either make or break a person. Dawkins’ personal situation did not break him. It made him appreciate the strength of his mother and through her he learned the meaning of true sacrifice.

“I credit my mother for my success on and off the field,” shared Dawkins via conversation. “She raised me to be who I am today. She showed me what it means to be dedicated and to not give up.”

Dawkins considered his struggles as an opportunity to get closer to his dream.

“I knew I was going to play in the NFL from the first day that I started playing the game,” Dawkins stated when asked about his thoughts in becoming a NFL player. “Every night and day of my life, since I was a young kid, I’ve had vivid dreams of me playing and being great. I can’t remember a day that I haven’t dreamed of it. It seems like every day I have something happening that verifies that everything I’ve dreamed of is becoming my reality.”

Sacrificing for the ‘moment’ put Dawkins on a strict diet and workout schedule. It allowed the 5-10, 190-pound defensive back to finish last season as a junior with 27 tackles, (including 3.5 stops for loss), a sack, seven pass defensed, an interception, a forced fumble and a touchdown in eight games.

“I am great on special teams,” Dawkins said enthusiastically. “I love special teams just as much as I love defense. I don’t think people realize how valuable a great special teams is to a team’s success.”

Life and struggles off the field can translate to greatness on the field if channeled properly. Dawkins has definitely channeled his challenges productively. Dawkins is bullishly aggressive and his combination of strength and speed allow him to make plays on the ball. 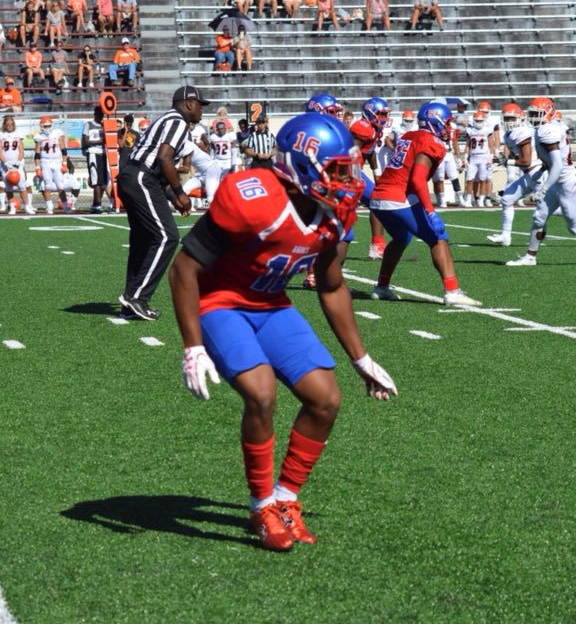 “When I’m out there on the field, everything I’ve ever been through flashes through my head,” Dawkins reflects. “That same anger that someone would use to do the wrong things, I took it and use it as fuel. Before every game, I’m approaching it like it’s my last.

“My playing style is fast, versatile, unstoppable, and gritty. I play all over the field and I choose to go up against the best receivers. Against each opponent we face to show them that there’s nothing they can do to stop me.”

The unfortunate circumstances Dawkins faced growing up helped him to keep the important things in perspective – like family. Due to circumstances with his family, Dawkins transferred from North Carolina Central University, an institution with nearly 10,000 students to Bluefield, with roughly 1,000.

When asked about the competition level between Division I and Division II, Dawkins offered no differences.

“Their is no difference really between the talent levels of D1 and D2,” Dawkins said. “The only thing I could say would be the programs that the D1 athletes are on…it’s ballers on every level.”

Bluefield is part of the National Association of Intercollegiate Athletics (NAIA). The skill set of the NAIA is equal to Division II. Last season, the NFL hosted 90 players from the Division II level. There are 88 football programs in the NAIA with seven more joining between this year and 2019. Division II has double that amount.

The last football player from Bluefield who entered the NFL was in 1976 when running back John Monroe was drafted by the Washington Redskins in the 15th round as the 426th-overall selection.

Wide receiver Preston Watkins was the first player from Bluefield’s football program to enter the NFL. The Arizona Cardinals selected him in the 17th round in the 1971 NFL Draft (433rd-overall).

NAIA focuses more on quality than quantity, and a majority of the NAIA  institutions are faith-based. Unlike a most of the Division II programs, many of the talents in the NAIA are not dreaming of NFL glory. That is why NFL scouts don’t overwhelmingly target the NAIA programs on their road trips. 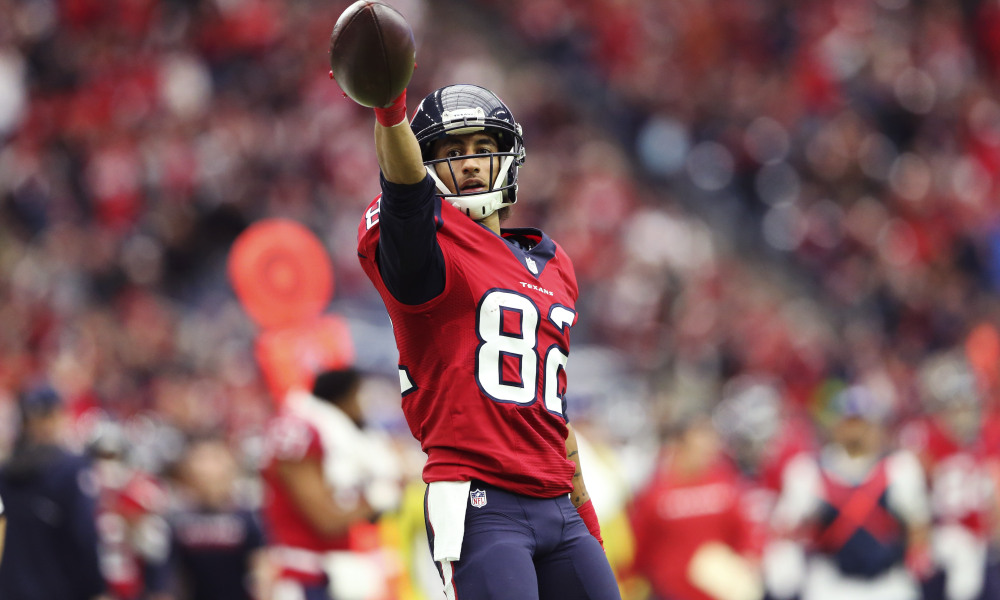 But, that is changing.

Marian University’s Krishawn Hogan was the only player from the NAIA invited to the NFL National Scouting Combine last year.

The NFL Regional Combine provides players from the NAIA who desire to play footfall professionally a platform to showcase their abilities. The most notable talent is University of the Cumberlands’ wide receiver Wendall Williams. In 2016, Williams blazed a trail with a 40-yard dash in 4.19 seconds onto the Houston Texans roster.

What separated Hogan and Williams from the countless others? They were ready for the ‘moment.’

Dawkins is ahead of the game.

“Away from team workouts, I work out with two trainers, Lily A., owner of DSA training and Yanker V., my speed trainer,” offered Dawkins. “They’re the best in the game. I work out two times a day in terms of lifting, agility, and speed.”

That grind off the field translates to winning plays on the field.

And when the opportunity opens for an NFL Regional Combine or camp invite, all the years of sacrificing for family and success will finally have Dawkins prepared for his ‘moment.’